If you are just starting to practice, you might be overwhelmed by the sheer volume of gear available and may not know what a yoga towel is. It seems like the more people get into yoga, the more tools and elements we need to add. But the end goal is always the same: a comfortable and seamless practice.

Yoga towels – or yoga mat towels – have become popular for a couple of reasons. First, it is hygienic. Yoga mats rarely get washed unless you do it regularly after practice. And if you join group sessions, the mats are shared. Participants are asked to wash them after the class, but you can never be sure that they have been cleaned properly. A yoga towel lays perfectly on top of a mat. You can bring it to a group class and be certain that you are doing yoga on a clean surface. You can easily wash them after practice too.

The second reason is the extra grip. Some mats are old and have lost their grip. Instead of buying a new mat, practitioners can invest in a nice towel.  The towels have little grips underneath them ensuring that they will stay on top of the mat. This is perfect for anyone who enjoys hot or intense yoga practice where there is a lot of sweat. There is nothing worse than holding a pose and having your foot or hand slip from underneath you.

Yoga can be practiced in a heated room. The first to emerge is called Bikram yoga. It is done in a room at 105°F/41°C and  40% humidity. It is very intense for those who are not used to it and not a big fan of the sauna, but it is said to do wonders for your skin and flexibility. Hot yoga is also in a heated room, but at a more bearable temperature. It will be warm enough that you will sweat, yet comfortable enough that you can complete all the poses without worrying about the heat.

In both types of yoga, there is sweat coming from your body and this can impact your practice. Your mat may not be designed to withstand heat allowing your hands and feet to lose grip and slip. This is where a yoga mat towel comes in. The towel absorbs the sweat and has extra grip on the mat.

Yogitoes Non-Slip Hot Yoga Towel from Manduka is a great towel. It is one of the most popular ones in the hot yoga world. It retails for a higher price but is sure to provide you grip on the hottest of yoga practices. The company has a patented Skidless Technology that uses silicon grips to stick to the mat. They also produce their towels with recycled plastic that produces poly yarn. This method reduces their carbon footprint by 66%.

The Mission VapourActive Yoga Mat Towel on Amazon puts more focus on quick absorption and evaporation. It dries so fast that you will never worry about losing your grip – especially when the practice takes more out of you than expected. The towel is also designed with corner flaps so that you can easily put your yoga mat inside the folds to keep it secure.

The Gaiam Thirsty Yoga Mat Towel available in Walmart or Amazon does exactly what you need at an affordable price. The reviews show that the towel does not disappoint its buyers. It doesn’t budge from the yoga mat no matter how hot or sweaty your yoga practice gets and it absorbs any moisture quickly. 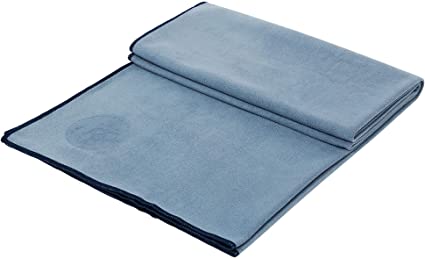 Maduka sells great products on their popular online store. The company crafts their products with natural or when possible, recycled materials to provide the simplicity and quality at the same time. Their towels come in a variety of stylish colors and designs. The towels are made out of an average of eight plastic bottles preventing them from going into landfills or into the ocean.

You can tell that the products are of high quality and that they are durable. The company designs and produces their towels sustainability and is dedicated to providing the best to yogis.

Come in different colors and designs

Lululemon’s The Towel comes in a variety of colours including sea green, blue dye, off white, peach and black. Mostly used for hot yoga, this towel is super absorbent. It is made with absorbent microfiber fabric.

The towel gets extra grip and provides stability when you spray it lightly with some mist. Your yoga practice will have an extra layer of comfort because of the towel that also works in protecting you from slipping off the mat.

Made with absorbent microfiber fabric

PrAna is one of the most popular brands at the moment with the Maha Yoga Towel being one of their star products. So much so that Amazon has limited the availability due to thigh demand. Made mostly from recycled products, this towel has a soft, suede feel.

It’s wicking technology makes it absorbent and prevents you from sliding around. It is also a little longer in length compared to the standard size allowing you to tuck the ends of the towel under the corner of the mat

Made mostly from recycled products

Long enough to wrap it under the mat 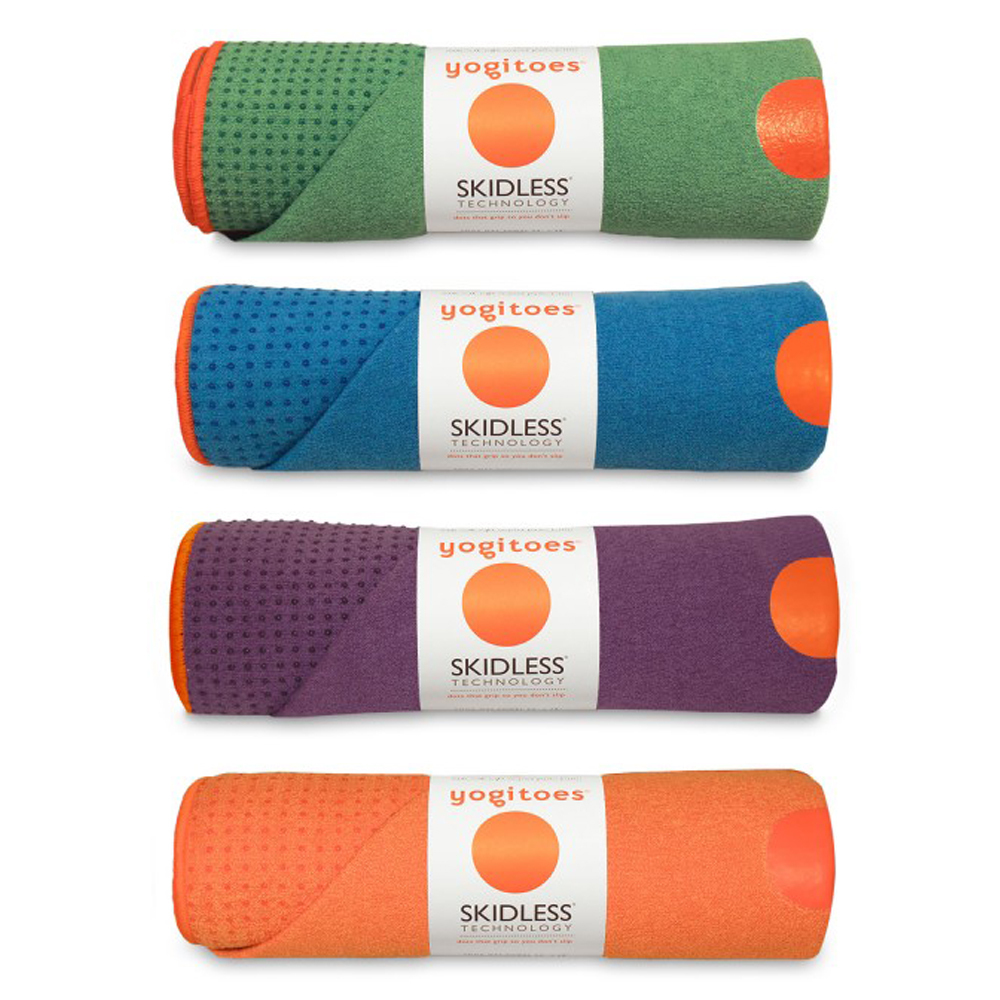 Yogitoes provides the most stylish yoga mat towels in the market. They are more on the expensive side, but it is worth the investment. Positive reviews share how great they are at keeping grip and how they withstand the heat during a practice.

Their prints are fun, eye-catching and stand out from the more traditional towels. You can get an exotic jungle print, large tie-dye, sunsets, gradients, aboriginal, abstract, landscape or plain.

Come in different colors and designs 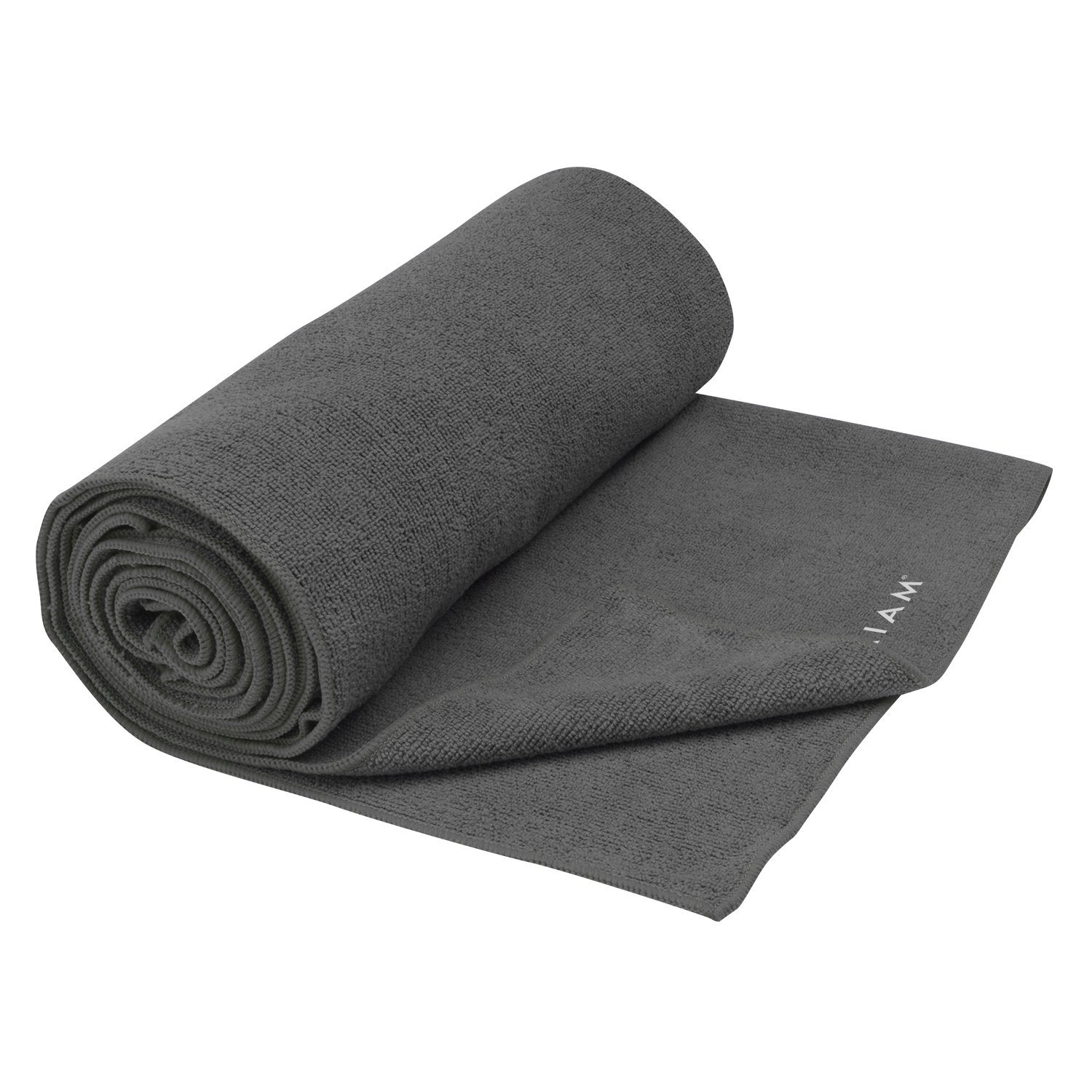 Gaiam towels are known for being supportive and providing a lot of grip. They really are the non-slip towels in the market and sell at an affordable price. The towel never bunches up during a practice and sticks to the mat while you do your poses.

The towel has rubber added to the bottom which makes it possible to bring the towel instead of the mat when you travel. But be sure to try it out before you decide. It isn’t the same for everyone. Some people may do practice on the beach, in the park or on rough ground.

Have a nice grip

Not suitable for machine wash 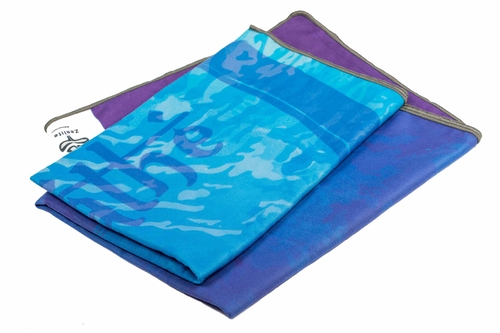 If you are looking for a mat that is perfect for indoor and outdoor practice, then check out Breathe’s yoga towels. The canadian brand is continuously favored. They are made from preshrunk materials which means that you can wash it multiple times without it losing its length or shape.

The absorbent middle layer locks in almost all the moisture. There is no slipping, sliding or sound that comes from these towels. There is also a rabbit flap for you to use during your rabbit pose.

Do not loose their length and shape after washing 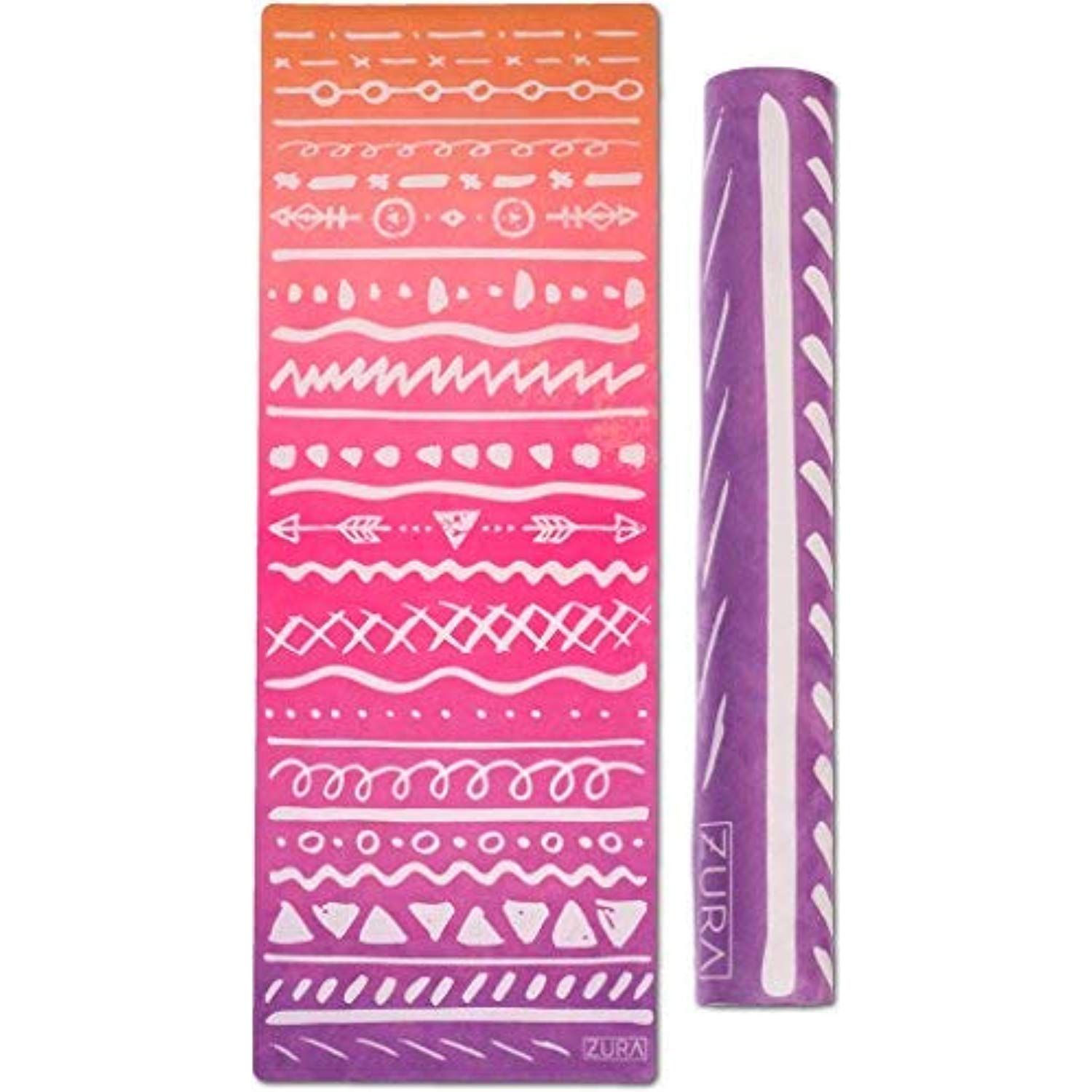 Zura is an eco-friendly yoga brand. They are perfect for the nature-loving, modern yogi. The towels are made from 100% natural fabric, they are non-toxic and they come in modern, abstract patterns and illustrations.

Zura’s mat and towel combo is a two in one product. The mat is made from natural rubber and the suede, absorbent towel is attached on top. The mat/towel combo is machine washable and depending which version you get, comes with travel-friendly carry straps. Buying a Zura mat also helps with the environment – with every purchase, a tree is planted.

Made from 100% natural fabric

Suitable for cleaning in washing machine

Do you really need a yoga towel?

This is entirely up to you. Yoga towels are great for keeping grip during hot yoga and almost everyone who practices yoga in this way would always recommend getting a towel. Not only does it help prevent slipping, but it also absorbs. Sweat and dirt from your hands and feet go into the towel that is machine washable instead of going directly on your mat.

What is the best non-slip yoga towel?

Manduka Yogitoes and PrAna yoga mat towels seem to be voted the best every time. They are practical, stylish, and add a bit of luxury to your practice.

What size yoga towel do I need?

Try to find a size that is a bit longer than the mat so that you can tuck the towel under the mat. The best is to get a mat with flaps or bands that attach to the mat underneath.

What is the difference between a yoga mat and a yoga towel?

A yoga towel is thinner than a mat, is machine washable, creates grip, and is absorbent. In hot yoga, a mat gets slippery and doesn’t provide grip. It can also be difficult to clean and is not always as soft. The extra layer of comfort comes from a towel.

How to wash yoga mat towel?

Very easily! Just pop it into a machine and wash at 30 degrees. Be sure to double-check the directions in case they are different from the standard. 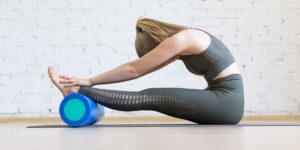 How Foam Rollers Help Loosen Muscles Foam rollers have had little research on how it... 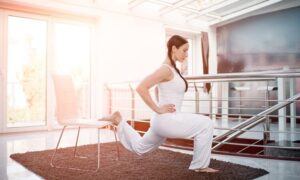 If you ask a beginner yogi to make a list of common yoga equipment, nine... 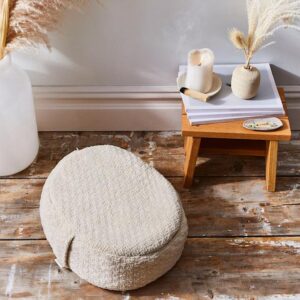 No, you aren’t any less of a yogi if you need to use a meditation... 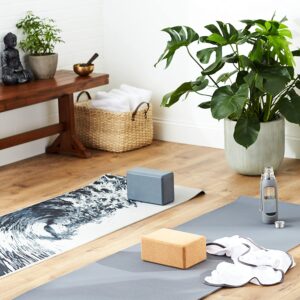 Do yourself a favor and ignore the yoga snobs – using a cork yoga block...