YanvaYoga > Yoga Poses > Legs Up To The Wall Pose 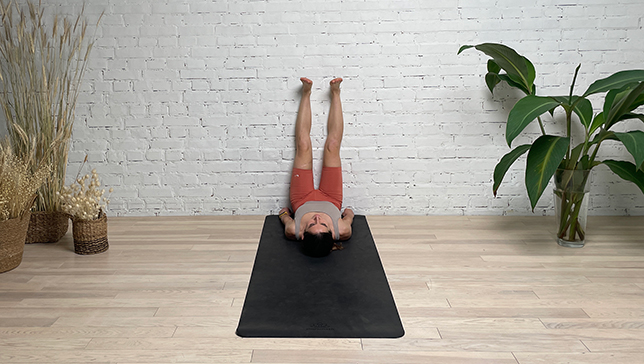 Viparita Karani (Legs Up the Wall Pose) is a Sanskrit term that refers to the ‘action of inverting’. Thus it is more of a general action rather than an asana and hence the name does not end with ‘asana’. Viparita Karani is an inversion under the category of shoulder stand poses, but is easier to hold for extended periods of time. It is also considered as a restorative pose and hence releases tension in the body and mind.

Viparita Karani can be done after the practice of the following poses to relax the legs:

Step 1
Start by sitting next to the wall with the left hip touching the wall.
Step 2
Gently turn your body and bring the legs up the wall.
Step 3
Lower your back, shoulders and head onto the earth. If you would like a little more support you can bring a bolster or blanket under the spine.
Step 4
Shimmy from side to side to get your buttocks as close to the wall as possible.
Step 5
Rest the arms alongside the body with the palms facing upwards.
Step 6
Allow the thigh bones to rest in their sockets.
Step 7
Stay here for 5-10 minutes while you focus breathing deeply and consciously.
Step 8
To release Viparita Karani, gently use your hands to push yourself away from the wall and bring the legs back down. Press back up into a seated position with your back leaning against the wall for support.

Gently stretches the back legs, front torso, and the back of the neck 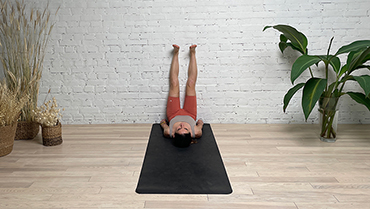 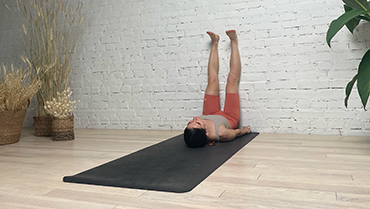 Viparita Karani is a “feel-good” pose — that is, it should feel good, even for beginners! If you have any discomfort, be sure to make whatever adjustments you need to make. Keep the following information in mind when practicing this pose:

Breathe consciously throughout the pose. Continually bringing your awareness back to your breath will help relax your mind and body even further, preparing your body for a deep, renewing state of health and well-being.

It might feel awkward getting into the pose the first few times you try it. Don’t worry about that, and take your time getting there correctly. Once you’re in the pose, you will gain all the benefits!