The word yoga stems from the meaning of union, and it refers to the union of the soul with the super soul in terms of yoga philosophy. However, it can also be translated to mean the convergence from total ignorance to complete enlightenment or defined as self-realization. There are four different paths of yoga, with Raja being the one that means control.

The word Raja means to control, but can also be translated to mean “king” when interpreted differently. However, you will use yoga as a form of controlling your breathing and other aspects of the body. In the following article, we will look deeper at Raja Yoga as a whole and how it forms part of the four fundamental paths of yoga.

What Is Raja Yoga?

There are four different paths that yoga offer and all of them have the end goal of spiritual realization. Raja Yoga is one of the four paths to enlightenment. In Sanskrit, Raja Yoga means “Royal” or “King” depending on the context in which the word is used. For many people, it also refers to the “Royal Path” or the principle form of yoga.

Raja yoga means the state of peace and contentment from practicing yoga and performing it on a sustained level with meditation practices.

This does not mean that Raja does not encompass the teachings of the other paths. In fact, all of the paths will eventually converge and encompass the teachings of one another. However, Raja mainly focuses on the control of the mind and the body to achieve all three dimensions of human existence (mental, physical, and spiritual) and creates balance and harmony on these three levels.

Raja Yoga can be described as fearless, autonomous, and independent, with the main emphasis being placed on making you feel like a king. However, Raja is broken into 8 different steps and each of these steps will bring a different element to the final goal. These steps are fundamental in achieving the final goal of enlightenment.

Yama is one of the first steps, but also one of the most important will teach you about the different forms of self-control. It consists of 5 principles that you need to follow:

Niyama loosely translates to discipline and refers to all the important factors and situations in our lives that require discipline. It also consists out of the following five principles:

Asana refers to the physical exercises that one will practice to achieve a mental state. These can be hard for many people, but they become much easier as you get more used to performing them, and you can move to tougher asanas.

Additionally, you might need to awaken those internal powers, and the breathing exercises put forth from yoga will make it much easier for one to unlock the perfect mindset. It is a great way to calm yourself as well.

Pratyahara – Withdrawal of the Senses

The withdrawal of the senses is one of the best abilities yogis can have. Much like a tortoise will withdraw its head and limbs into a shell, yogis can direct the mind inward and withdraw their mind and physical body from specific objects. Once mastered the senses can also be directed outwards to achieve a state of complete awareness.

Dharana is one of the toughest forms of Raja to master, and it relies on us focusing on a specific object for any length of time. It is not that easy as there will always be additional thoughts creeping in to form a distraction. Until one has mastered the ability to focus on one object, Dharana is not achieved.

Meditation is a precursor to calmness in your mind. Much like sleep, one cannot teach the body to rest, and the body will automatically sleep. The exercises are precursors to teach the mind how to be calm and still. The goal of meditation is to achieve a state of pure being.

Samadi is the final step of the process and refers to almost complete enlightenment. It is when the Knower, object of knowledge, and knowledge finally unite. The state achieved by the practitioner is also called divine consciousness and will take many years of practice for one to fully master.

Raja Yoga is one of the best forms of yoga for those looking to achieve a more powerful mental state. The forms of yoga are clear and they force you to not only practice but also change the entire being. Let us know what your experiences are with Raja Yoga and if we have missed any other crucial elements of this form of yoga. Namaste!

How Is Raja Yoga Practiced?

Designed by Patanjali Maharishi, Raja Yoga practices involve and mostly focus on meditation and breathing exercises. The raja yoga poses are low-impact poses that all aim to fulfill the eight above-mentioned limbs. This form of yoga is created to focus on the energy of the human body and to bring all the facets of energy under control.

What Is The Main Purpose Of Raja Yoga?

The main goal of Raja Yoga is to allow the practitioner or yogi to achieve the inner kind within themselves. It is declared as a form of yoga that allows one to experience bliss and a natural form of calm that cannot be disturbed. It also places a lot of emphasis on contentment and being happy with oneself.

What Is Raja Yoga In Vedic Astrology?

In Vedic Astrology, each form of yoga has a different representation and allows one to achieve something or bring something positive to their life. Raja Yoga in astrology refers to comfort and achieving the same level of wealth and happiness as one would expect from a king. Raja Yoga Vedic Astrology is the perfect form of yoga that can help one attain wealth and inner mental peace.

What Is Raja Yoga Meditation?

Raja Yoga Meditations are some of the most versatile forms of meditation. It does not require any mantras or specific asanas that one needs to follow and can be performed almost anywhere you see fit. Brahma Kumaris is an ancient following and movement that sprouts from inner peace and provides mental contentment.

Raja Yoga Brahma Kumaris forms part of the religion and is one of the practices of achieving a state of enlightenment that will make one feel calmer and more content with everyday life.

What Is The Difference Between Hatha Yoga And Raja Yoga?

Raja Yoga is one of the most subtle ways to achieve all eight limbs of Patanjali’s Ashtanga yoga. However, Hatha is more of a physical form of yoga and puts a lot of emphasis on the body. It involves many Asanas, Mudras, and Bandhas, etc. However, it will eventually encompass the other subtle limbs of Ashtanga yoga and make the individual feel more complete. 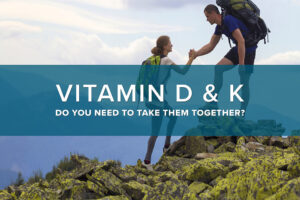 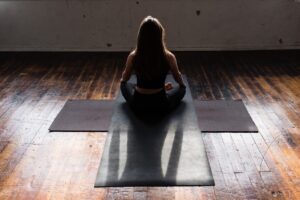 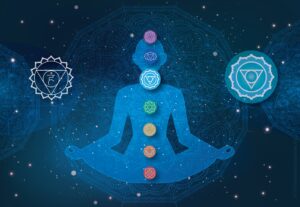