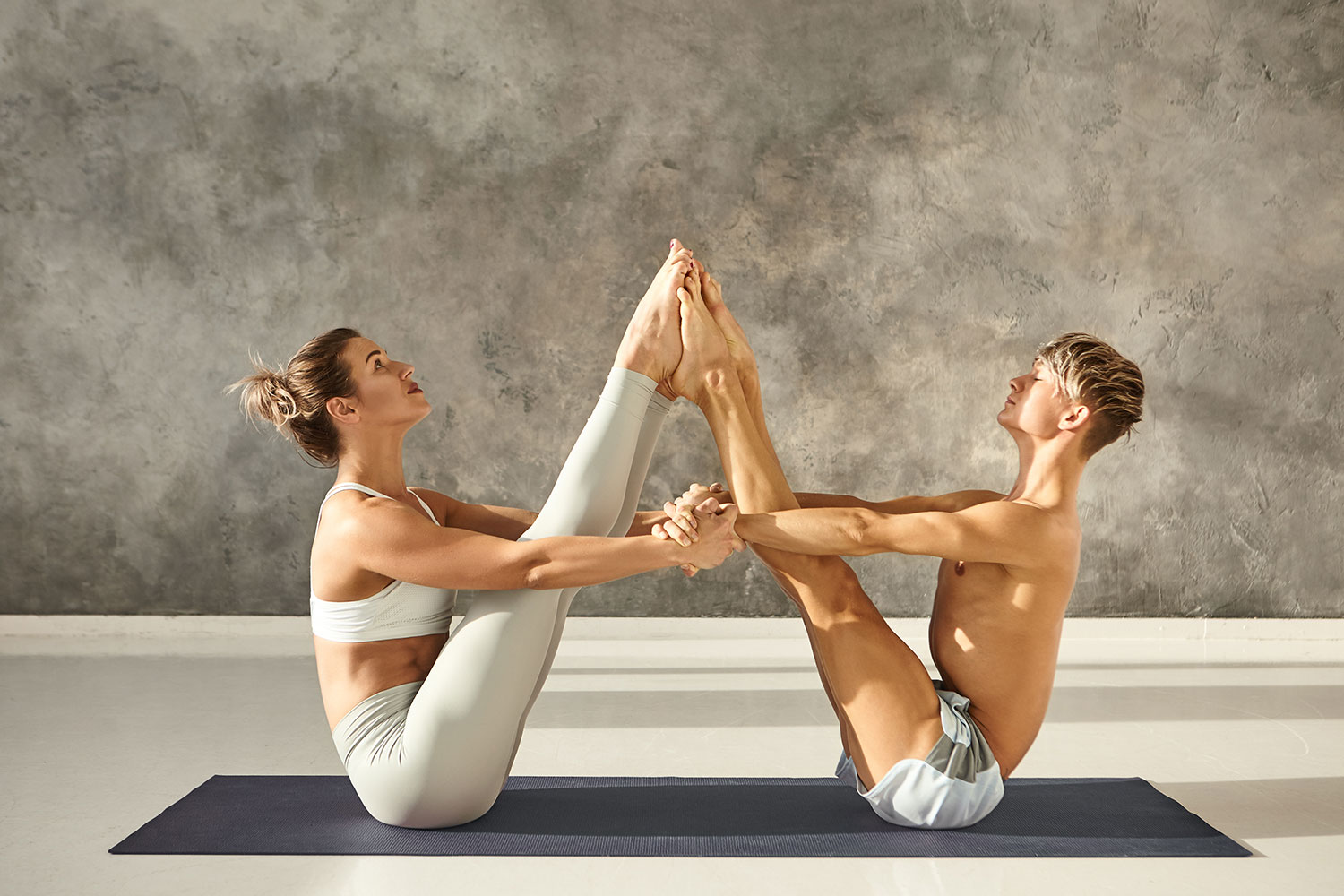 A majority of those who practice yoga do it as an individualistic practice and gain incredible benefits. But, is there couples yoga for beginners? The answer is YES. You can choose to practice yoga with a partner or your loved one. Couple yoga exercises are a sequence of various yoga poses to create a form of shared experience between you and your partner. With partner yoga for couples, you get to harness a new world of bonding in your existing relationship. The question now is: does couple yoga for beginners offer the same benefits as that of individual yoga? What are some of the beginners’ couples yoga poses that are easy for couples doing yoga together? This guide takes an in-depth look at yoga for married couples and answers the questions above.

Before taking a look into the different yoga poses for couples, what they are, and how to practice them, let’s look into the benefits of couples yoga.

The Most Popular Couples Yoga Classes

Now you understand how a couple’s yoga routine benefits a couple doing yoga. Let us look at the actual yoga poses that you can practice and take up as a couple.

Do you plan to create a happy memory with easy couples yoga challenge, but you need suggestions? Here are some easy ideas for partner yoga for beginner that you can embark upon:

Half Lord Of The Fishes Pose
Ardha Matsyendrasana (Half Lord of the Fishes Pose) is named after the great yogi Matsyendranath who founded Hatha Yoga. The English name, Half Lord of the Fishes Pose, comes from the Sanskrit words 'ardha' = 'half', 'matsya' = 'fish', 'eendra' = 'king'. This yoga pose has other variations and can be referred as Half Spinal Twist Pose or Vakrasana (which means twist). This yoga pose usually appears as a seated spinal twist with many variations, and is one of the twelve basic yoga poses (asanas) in many systems of Hatha Yoga. In this yoga pose the spine gets its maximum twist at the upper back with the thighs placed over each other and with the support of the arms the torso gets its twist.
Step-by-Step Instructions

Wide Angle Seated Forward Bend Pose
Upavistha konasana is a seated forward bend that requires flexibility. The term comes from the Sanskrit upavistha, meaning “seated” or “sitting,” kona, meaning “angle,” and asana, meaning “pose” or “posture.” From a seated position, the legs are spread wide and the upper body folds forward. In addition to a range of physical benefits, this pose calms the mind and the nervous system. The common English name for upavistha konasana is wide angle seated forward bend. It is also sometimes referred to as simply seated angle pose.
Step-by-Step Instructions 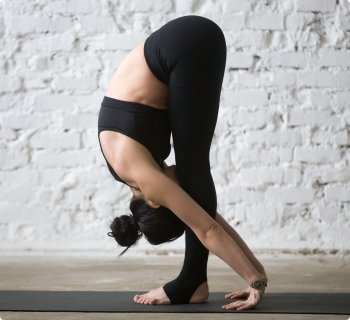 Chair Pose
Though Utkatasana is also called Chair Pose, one should not think that the meaning of utkata in Sanskrit means chair. This pose is mainly referred to as the Fierce Pose where Utkata means violent or fierce or severe. This pose is also called the Chair pose just because the posture resembles like one is sitting on an invisible chair. This pose is one of the first pose in the Sun Salutation B series. It needs ample strength with the quadricep muscles to help your hips get the right support and give the knees a comfort to hold the pose for long. Working on the alignment of the hips along with the knees and the pelvic region is very essential to get comfortable in this pose. Chair Pose is considered a base pose as chair pose variations can be derived from this pose.Chair Pose helps boost energy in the body and hence can be included in flow yoga sequences.
Step-by-Step Instructions

These and many more other partner yoga poses for beginners are the options from which you can choose. You can find how to attain the yoga pose for two beginners above on our pages.

Now you have an idea of the couple yoga poses easy to do. You can quickly look them up, watch videos, and determine the exact couples yoga classes you want to attend.

What is a couple yoga?

Yoga is typically practiced individually. However, jointly practiced yoga with a partner, a friend, or significant other is referred to as couple yoga. This type of yoga allows for two people to interact through assisted poses.

Is there any difference between acro-, partner- and couples yoga?

Typically, these yoga practices are the same as a none-practitioner because they have the same approach. Only a practitioner can tell that partner yoga has to do with supporting poses that help deliver deep stretches. In contrast, acro yoga focuses more on gymnastics, strength, and acrobatics. Both are types of couples yoga.

Is it safe to do couples yoga at home?

Yes, doing yoga at home is safe, especially as an advanced yogi. Beginners can also practice yoga at home. However, there might be a need to let a trainer guide you into the process. You can make use of the several couples yoga online packages as your guide.

What should I bring to a couples yoga class?

Bring the things you’ll typically bring to an individual class. You’ll need your yoga mat, sometimes yoga props, depending on the type you are attending, and of course, your significant other. Some instructors or classes would insist that you bring your partner, while some will offer you a partner if you don’t have one. It all depends.

Beginners Yoga For Upper And Lower Back Pain Relief

As we get older and take some of the stress that life throws our way,... 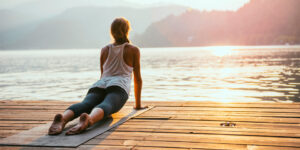 Morning Yoga For Beginners: A Quick And Simple Routine

Starting your day off by connecting your body and mind is the most energizing and... 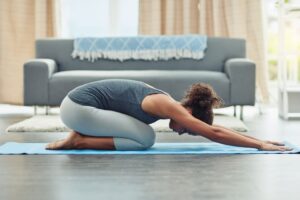 Evening Yoga For Beginners At Home

When you think of yoga, the first thing that probably comes to your mind is... 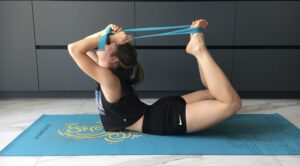