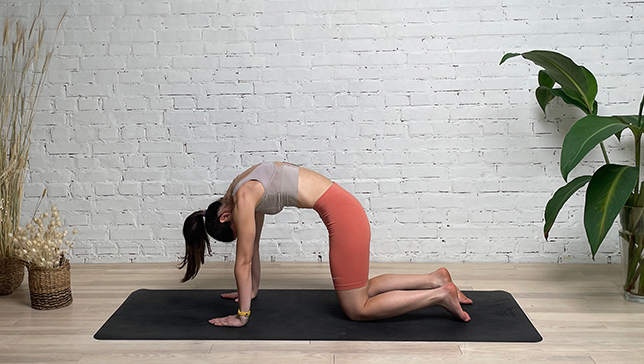 Bidalasana is also called as Marjariasana, this name comes as the body resembles the cat, while it stretches rounding its back. Hence the name Cat Pose too, a pose generally done in the dynamic way along with the Cow Pose, Bitilasana. Considered to be a simple foundation pose, which can be done by anyone, the maximum use of the core muscles here will help in toning the muscles around the backbone. While in this pose, the idea is to work on making the spine as flexible as that of Cats, it also helps to release tensions around the hips, lower back and neck.

Step 1
Start on all fours. Hands are shoulder distance apart with the fingers spread wide. The shins are hips distance apart. The shoulders are stacked directly over the elbows and wrists. The hips are stacked directly over the knees.
Step 2
On an exhale begin to press the hands firmly into the earth, drawing the shoulder blades away from one another and away from the ears.
Step 3
Tuck the chin to the chest as the crown of the head shines down towards the earth. Bring your gaze to the navel.
Step 4
Gently bring the bellybutton in and up towards the spine.
Step 5
Exhale and flow into cow pose.

Stretches the back torso and neck

Provides a gentle massage to the spine and belly organs

With a neck injury, keep the head in line with the torso. 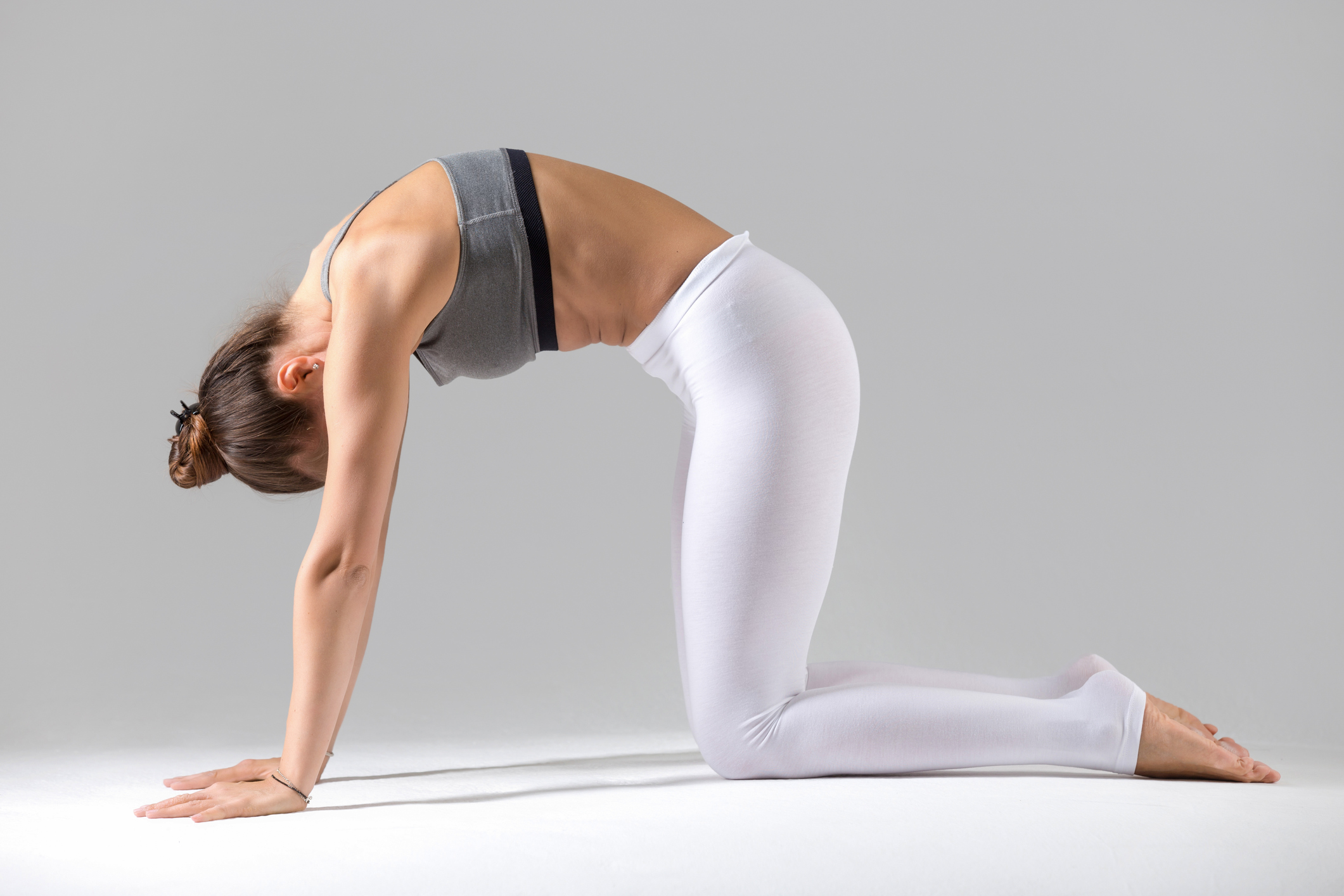